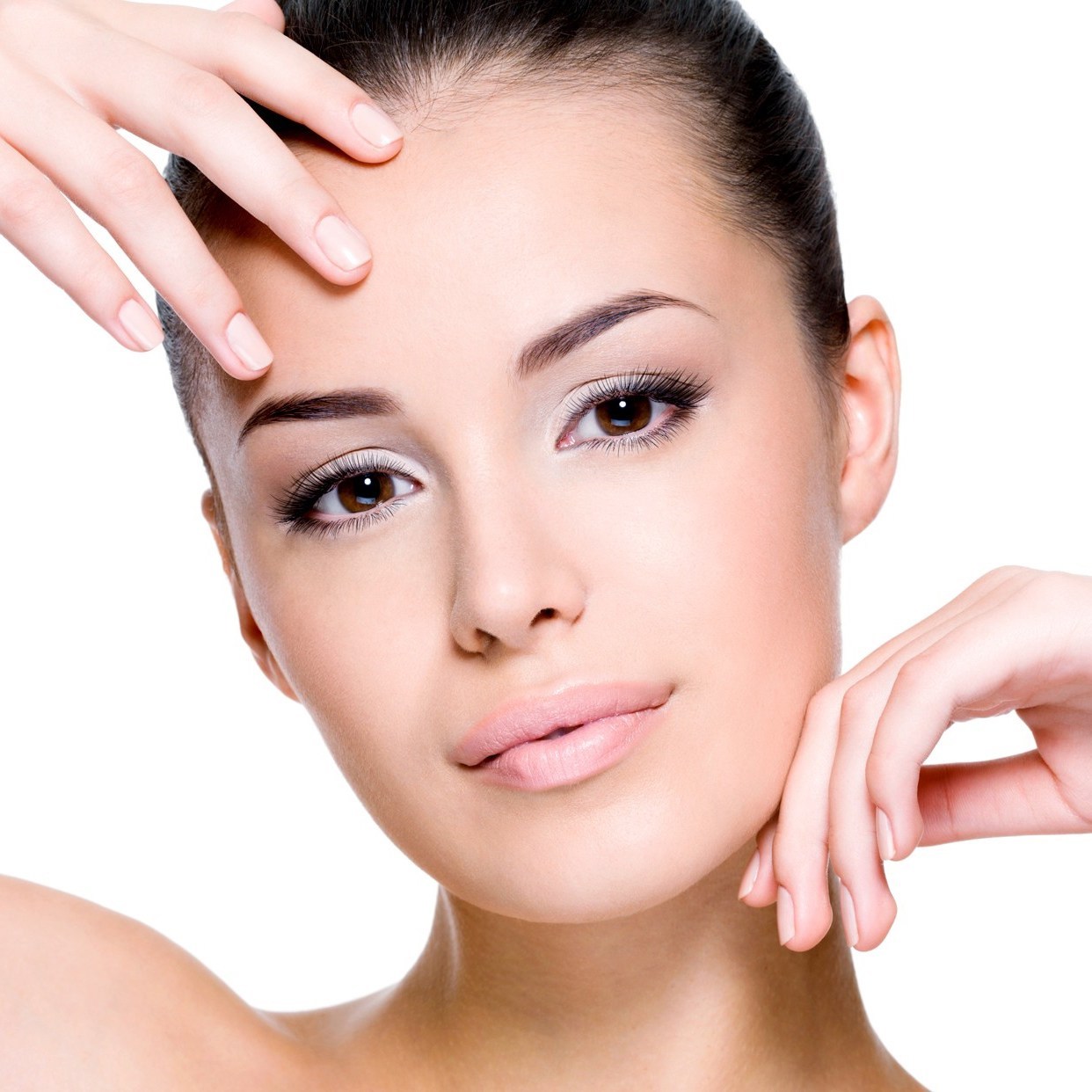 Sun damaged and sagging skin gives you tired-looking eyes and distorts the contours of your face at the chin and neck. High-intensity focused ultrasound (HIFU) lifts and tightens skin for a non-surgical face lift and neck lift. Since its release in 2012, Ultherapy has been quickly growing in popularity with experts worldwide as an advanced HIFU device for serious sagging, and anti-wrinkle treatment.

HIFU ultherapy is one of the most popular and highly developed systems available. Non-invasive ultrasound energy generates low levels of heat in the targeted skin. This stimulates the cells for collagen production and tissue rejuvenation. With just one treatment, HIFU pushes mature skin to start working hard again. Smoother, firmer, and brighter skin in the months after treatment.

Your eyes will look more open, brows more lifted, fine lines softened, and pore reduced. Because of the restored elasticity, your skin will feel softer and more supple, too. If you don’t think you need surgery yet or simply hate the thought of the knife, HIFU may be the natural facelift or neck lift alternative for you.

What is High Intensity Focused Ultrasound?

HIFU is a non-surgical face treatment that uses ultrasound to actually lift muscle and tone loose or sagging skin without any downtime.

What is unique about this procedure?

HIFU is the only non-invasive treatment that can specifically target the deep foundation below the skin that is addressed in cosmetic surgery without cutting or disrupting the surface of the skin. It is also the only procedure to use ultrasound imaging, which allows us to actually see the layers of tissue we target during treatment and ensure the energy is deposited precisely to where it will be most effective.

What kind of technology does HIFU use?

HIFU uses tried-and-true ultrasound technology, which has received FDA and Health Canada clearance for use in this new type of medical procedure.

What does the HIFU therapy do?

HIFU deposits focused ultrasound energy below the surface of the skin to contract the facial layer as well as stimulate the body’s creation of new collagen. As a result, skin will actually begin to lift and tone over time.

How does HIFU stimulate the creation of collagen?

Collagen is a natural protein that gives skin its youthfulness by keeping it firmed, toned and elastic. As we age, collagen loses its elasticity and its ability to stand up to the effects of gravity that pull the skin downward. HIFU jump starts a repair process that produces fresh, new collagen.

No. Unlike a face lift, HIFU is a non-invasive procedure that addresses the skin and support layers below it, but doesn’t entail cutting or disrupting the surface of the skin.

Can HIFU replace a face lift?

HIFU is an “uplift” not a “face lift.” While it is not a replacement for surgery, it is a viable option for those not ready for a face lift or those looking to prolong the effects of cosmetic surgery. 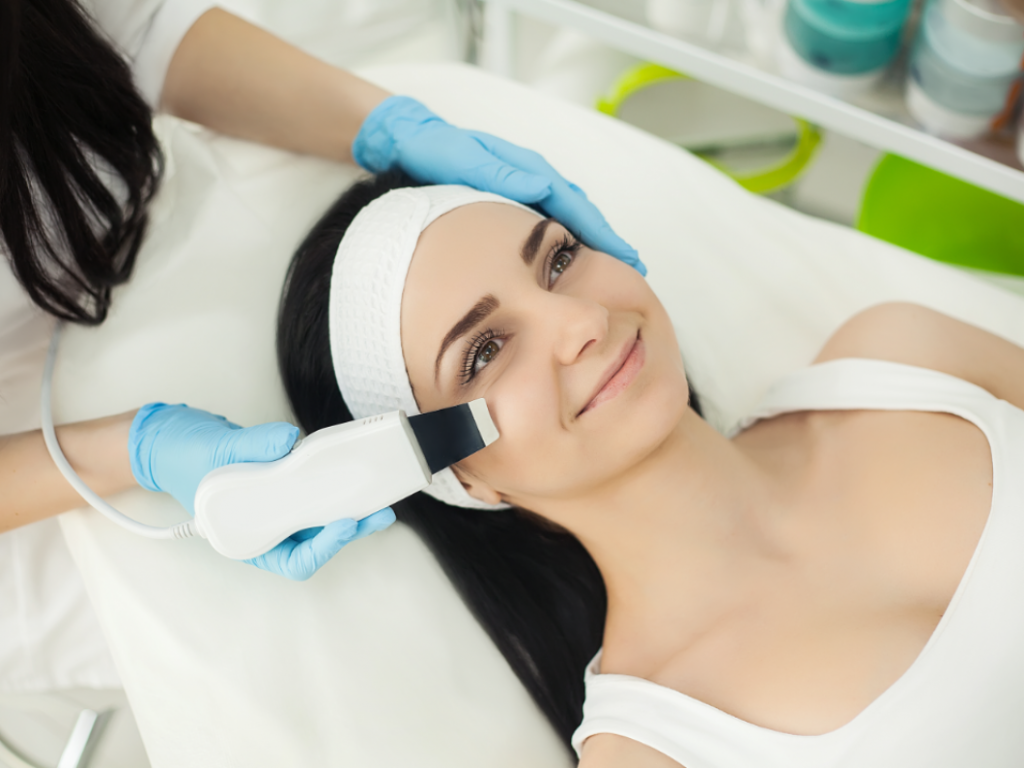 How is HIFU different from lasers?

Lasers typically address issues in the superficial layers of the skin (e.g. fine lines, wrinkles, pigment changes). HIFU addresses the deep skin layer and the foundational layer addressed in cosmetic surgery that lift and lend support to the skin. Therefore, the two technologies are quite complementary!

The procedure has been cleared after demonstrating safety in clinical studies, and tens of thousands of treatments have been performed safely worldwide. In addition, ultrasound energy has a proven track record, with use in the field of medicine for more than 50 years.

How long does the ultrasound treatment take?

A full face treatment takes 60-75 minutes, and a partial face or brow lift treatment can take around 45 minutes.

Is there any downtime?

HIFU is an entirely non-invasive procedure and as such, there is no downtime. You are able to return to your normal activities right away, and there are no special measures you need to take.

Who is a good candidate for HIFU?

A good candidate for HIFU is someone with skin that has “relaxed” to the point of looking, and often feeling, less firm. A lowered eyebrow line or sagging skin on the eyelids, for instance, is often the first sign of “maturing” skin. Typically, those in their thirties and older who have mild to moderate skin laxity are candidates.

While HIFU is not a replacement for a surgical face lift, there are many people who want some lifting but are not ready for surgery, either mentally, financially or logistically. There are also younger people who want to “stay ahead of the game” as well as those looking to prolong the effects of cosmetic surgery.

What problem areas does HIFU target? What kind of results do you get?

HIFU addresses mild to moderate loose or sagging skin. Specifically, by reconditioning and renewing the skin from within, HIFU will lift the brow, which in turn reduces excess skin on the lids, opens up the eyes, and gives a more refreshed look overall. As well as full face, neck, chest, arms, elbows, tummy, inner thighs and knees.